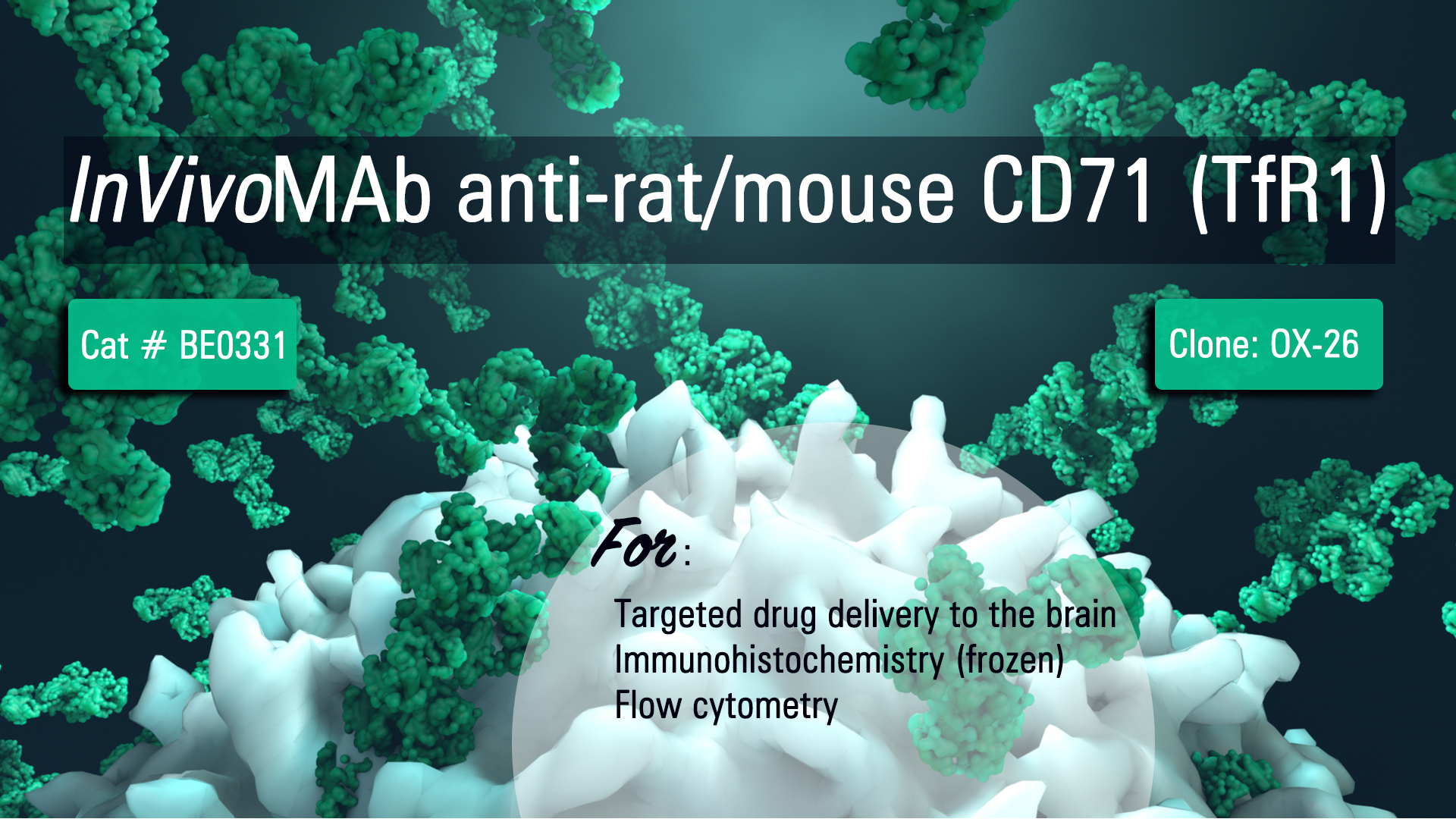 Useful for targeted drug delivery to the brain

The OX-26 monoclonal antibody reacts with rat CD71 also known as transferrin receptor protein 1 (TfR1). The antibody is reported to cross-react with mouse CD71 as well. CD71 is a 170-180 kDa type II homodimeric transmembrane glycoprotein which is expressed on the surface of proliferating cells, reticulocytes, and erythroid precursors. CD71 plays a role in the control of cellular proliferation and is required for iron import from transferrin into cells by endocytosis. CD71 is expressed on malignant cells at high levels and its expression correlates with cancer progression. This high expression on malignant cells along with CD71’s ability to internalize and the necessity of iron for cancer cell proliferation makes the transferrin receptor an attractive target to exploit for the delivery of drugs into malignant cells. Upon binding to an extracellular domain of CD71, OX-26 is transferred into the blood-brain barrier (BBB) via the endogenous transferrin transport system. Under this mechanism, the OX-26 antibody is often used to transport conjugated drugs across the BBB in experimental rat models.

This Antibody Is Useful For:

As always Bio X Cell antibodies are specifically formulated for in vivo use and feature:

Reach out to learn more about Bio X Cell