When the Chinese scientist He Jiankui created the first CRISPR baby, he aimed at improving the world. He claimed that the genetic alteration he added to twin girls born last year would protect them from HIV. Human embryo editing, as many believe, would bring new advance to scientic research.

Instead, the twins are now at risk of an early death.

A new report in Nature Medicine finds that genetic mutations similar to those He created, to a gene called CCR5, shortens people’s lives by an average of 1.9 years, or 21% more likely to die before the age of 76 than are people with at least one working copy of the gene. 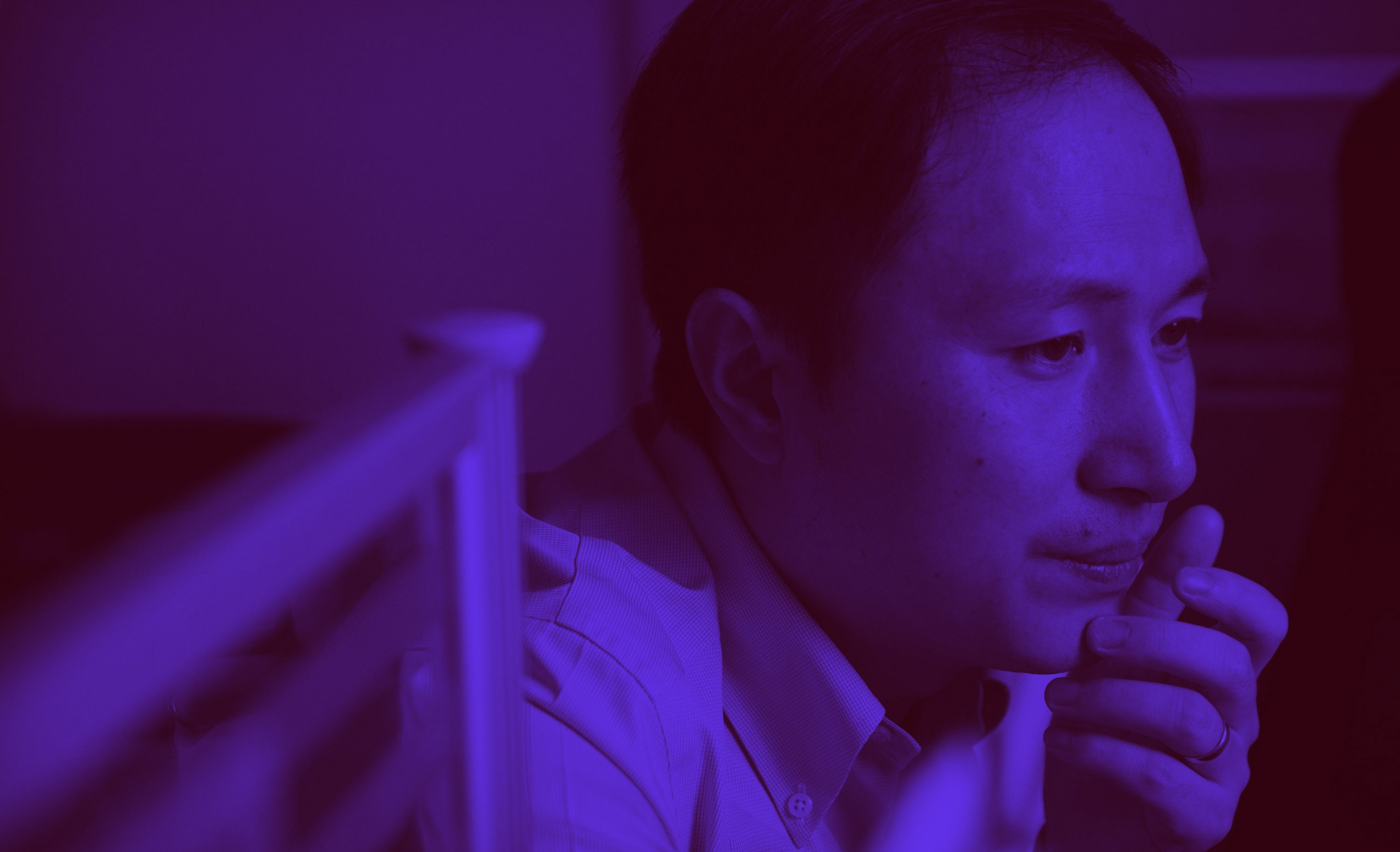 More than 400,000 genomes and associated health records contained in a British database, UK Biobank, were scanned and the results showed that people who had two mutated copies of the gene had a significantly higher death rate between ages 41 and 78 than those with one or no copies.

Previous studies have associated two mutated copies of the gene, CCR5, with a fourfold increase in the death rate after influenza infection, and the higher overall mortality rate may reflect this greater susceptibility to death from the flu. But the researchers say there could be any number of explanations, since the protein that CCR5 codes for, and which no longer works in those having the mutation in both copies of the gene, is involved in many body functions.

“Beyond the many ethical issues involved with the CRISPR babies, the fact is that, right now, with current knowledge, it is still very dangerous to try to introduce mutations without knowing the full effect of what those mutations do,” said Rasmus Nielsen, a UC Berkeley professor of integrative biology. “In this case, it is probably not a mutation that most people would want to have. You are actually, on average, worse off having it.”

“Because one gene could affect multiple traits, and because, depending on the environment, the effects of a mutation could be quite different, I think there can be many uncertainties and unknown effects in any germline editing,” said postdoctoral fellow Xinzhu “April” Wei.

Wei is first author and Nielsen is senior author of a paper describing the research that will appear online on Monday, June 3, in the journal Nature Medicine (click here for original article).

Chinese scientist Jiankui He posted this video on Nov. 25, 2018, explaining how and why he created the first genetically engineered embryos. The announcement shocked scientists and has led to calls for a moratorium on germline gene editing. (Jiankui He video)

The gene CCR5 codes for a protein that, among other things, sits on the surface of immune cells and helps some strains of HIV, including the most common ones, to enter and infect them. Jiankui He, the Chinese scientist who last November shocked the world by announcing he had experimented with CCR5 on at least two babies, said he wanted to introduce a mutation in the gene that would prevent this. Naturally-occurring mutations that disable the protein are rare in Asians, but a mutation found in about 11% of Northern Europeans protects them against HIV infection.

The genetic mutation, referred to as ∆32 (Delta 32), refers to a missing 32-base-pair segment in the CCR5 gene. This mutation interferes with the localization on the cell surface of the protein for which CCR5 codes, thwarting HIV binding and infection. He was unable to duplicate the natural mutation, but appears to have generated a similar deletion that would also inactivate the protein. One of the twin babies reportedly had one copy of CCR5 modified by CRISPR-Cas9 gene editing, while the other baby had both copies edited.

But inactivating a protein found in all humans and most animals is likely to have negative effects, Nielsen said, especially when done to both copies of the gene — a so-called homozygous mutation.

“Here is a functional protein that we know has an effect in the organism, and it is well-conserved among many different species, so it is likely that a mutation that destroys the protein is, on average, not good for you,” he said. “Otherwise, evolutionary mechanisms would have destroyed that protein a long time ago.”

After He’s experiment became public, Nielsen and Wei, who study current genetic variation to understand the origin of human, animal and plant traits, decided to investigate the effect of the CCR5-∆32 mutation using data from UK Biobank. The database houses genomic information on a half million U.K. citizens that is linked to their medical records. The genomic information is much like that acquired by Ancestry.com and 23andMe: details on nearly a million individual variations in the genetic sequence, so-called single nucleotide polymorphisms (SNPs).

Two independent measures indicated a higher mortality rate for those with two mutated genes. Fewer people than expected with two mutations enrolled in the database, indicating that they had died at a higher rate than the general population. And fewer than expected survived from ages 40 to 78.

“Both the proportions before enrollment and the survivorship after enrollment tell the same story, which is that you have lower survivability or higher mortality if you have two copies of the mutation,” Nielsen said. “There is simply a deficiency of individuals with two copies.”

Because the ∆32 mutation is relatively common in Northern Europeans, it must have been favored by natural selection at some point, Nielsen said, though probably not to protect against HIV, since the virus has circulated among humans only since the 1980s.

Wei said that some evidence links the mutation to increased survival after stroke and protection against smallpox and flaviviruses, a group that includes the dengue, Zika and West Nile viruses.

Despite these possible benefits, the potential unintended effects of creating genetic mutations, in both adult somatic cells and in embryonic, germline cells, argue for caution, the researchers said.

“I think there are a lot of things that are unknown at the current stage about genes’ functions,” Wei said. “The CRISPR technology is far too dangerous to use right now for germline editing.”